Number 19
June 6, 1998
The future of commercial fishing in the United States 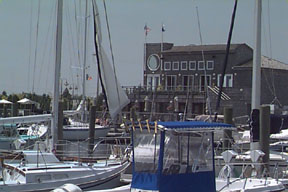 For the last several weeks weve left our readers to ponder the future of commercial fishing in the United States. We hope that nobody is expecting to read anything of a definitive nature on this important subject here. From our perspective, when questioned on our ideas of where the fishing industry will be in the future, we can only offer a resounding it depends - and to a large extent what it depends on are decisions made by a number of people who are now reading this.

One of the factors most important to the future of commercial fishing is the question of whether the individual coastal states and the Federal government can develop rational and balanced marine resource management and coastal development policies. At this point they havent been able to. While there has been some movement in that direction, it doesnt take more than a casual acquaintance with fisheries issues or a drive along ten or twenty miles of coastline anywhere in the continental United States (right behind a sport utility vehicle towing two jet skis would be most appropriate) to know weve got a long way to go. As a somewhat perverse result of this lack of coherent policies, over the last few years any suggestions that seafood harvesting methods can be improved, fishermen can work with more efficiency, new fisheries can be developed or existing fisheries expanded have been met with fierce opposition; opposition unfailingly originating from members of a coalition of groups that, regardless of their original charters, can best be characterized today as anti-fishing.

Resource management decisions with overwhelming impacts on working fishermen, the communities they belong to and the businesses they support are increasingly being made as a response to the misinformed or manipulated public opinion resulting from the activities of these anti-fishing groups and individuals. However, fishing and related businesses arent the only ones paying the price. Restaurateurs and health conscious consumers in the developed nations and the increasingly hungry populations of the less protein-rich areas of the world are all paying as well.

There are a number of factors that have contributed significantly to the present situation regarding our fisheries. The listing we offer here isnt meant to be exhaustive, but it does include issues that anyone interested in fisheries or coastal policies should be familiar with. Well offer some possible solutions in the next FishNet.

The willingness of anti-fishing groups to manipulate reality to support particular positions:

Coastal and oceanic ecosystems are both complex and dynamic, and are influenced by many natural and anthropogenic factors. We havent been able to identify, let alone predict or control, most of these factors. In spite of this, the groups and individuals that are intent on attacking working fishermen at every opportunity unfailingly manage to blame fishing-related activities for every perturbation, natural or man-made, in what they claim is the natural order in the oceans. They are aided in their attacks by a fisheries management system that cant manage anything other than fishing.

Its doubtful if any natural systems that are even fractionally as complex as our coastal or oceanic ecosystems are capable of sound bite analyses, yet the anti-commercial fishing forces would have us believe that most of the oceans ills can be blamed on the impacts of efficiently catching fish for sale - not, of course, for sport or relaxation. Due to some subtle biological phenomena, those fish killed by our recreationally oriented colleagues, some would have it, experience a demise much less injurious to the natural world.

From somewhere near the beginning of this decade, the public opinion of working fisherman has been steadily eroded. From any objective perspective, the reasoning behind this is obscure. Every year there are less fishermen complying with more management-imposed restrictions, catching fewer fish in an increasingly sustainable manner. In spite of this, there is an increasing anti-fishing clamor, and it always originates from and is buoyed by particular segments of the environmental and recreational angling communities.

(A related issue is the misleading characterization of working fishermen as seafood consumers rather than the first link in a chain that gets seafood from the oceans to the real consumers. Due to what is undoubtedly some more obscure reasoning, consumers - and their interests - tend to get purposefully left out of any fisheries discussions.)

The continuing development of coastal areas: 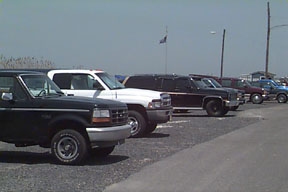 The second half of this century has seen a continuous and accelerating shift of the population to the coastlines. Unfortunately, the people when shifting are usually accompanied by 6,000 pound GVW sports utility vehicles, 200+ horsepower outboard motors, 1200 cc personal watercraft, strip malls, tee shirt shops, lawn care services, central plumbing, household pets and all the other cultural artifacts that are generally considered to be slightly less than friendly to the neighborhood estuary. Estuaries, and the water flowing through them, are tremenduously important to the health of the inshore and near-shore ecosystems, but were still destroying or degrading them at an alarming rate.

The unrestrained growth of recreational boating:

Virtually all of the watercraft sold for recreational use today are made of fiber reinforced plastic (aka fiberglass). One of their most notable characteristics is that about the only way to get rid of them is to burn them - a not-too-common occurence on the water. In boat terms, they are immortal. Hence the hundreds of thousands of sportsfishing boats, personal watercraft, cruisers, luxury yachts and ski boats that are sold each year are added to a huge fleet already on the water. Imagine what it would be like if automobiles remained operational for thirty-plus years and there were no restrictions on who could use them and few on how they could be used. We have an on-the-water equivalent.

Unfortunately, most boating use is on the vitally important estuaries that are already reeling from the afflictions brought about by the mass population movement to the coast.

The dependence of fisheries management agencies and personnel on recreational angling and boating expenditures:

The Wallop-Breaux Act imposes a tax on the sale of recreational angling and boating equipment and recreational boating fuel. The revenues collected are distributed to state fisheries agencies, based on the amount of recreational boating/angling activities in that states waters. Since the program was started, over $3 billion have been distributed to the state agencies. Bureaucracies being what they are, its impossible to imagine that this doesnt encourage policy recommendations supporting the expansion of recreational angling/boating at the expense of competing activities - such as commercial harvesting - that arent accompanied by such direct fiscal incentives. Simply stated, a state fisheries agency that allocates more fish to recreational anglers (and less to the non-fishing public) will generate increased recreational boating/angling expenditures and a corresponding increase in the size of its budget.